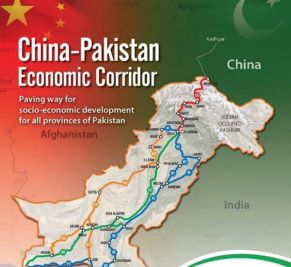 The digital power of China’s Belt & Road Initiative (BRI) is slowly unfolding and shaping into a whole new area of opportunity.

When the BRI took global centre stage in 2013, most conversations revolved around traditional infrastructure: building roads, railways, power sources and linking borders. However, the digital awakening that BRI brings, and the associated development of human capital and innovation, is much more powerful.

The global map is being altered at a much faster rate than anticipated due to the disruption created by digital infrastructure, artificial intelligence, the Internet of Things, and blockchain. Further digital and technological disruption is now set to mend fractures in society – leading to improved living conditions and enhanced economic empowerment.

This disruption has given new life to e-commerce and the start-up scene in BRI countries. In light of the Global Competitiveness Index 4.0, it is extremely important that economies grow in all areas, overcoming challenges and making investment in human capital and innovation. Resilience and agility are key.

Looking at the South Asian region, some of the traditional deterrents to growth have been inadequate transport facilities, patchy power supplies and lack of financial inclusion. As we have seen in the past, industrial revolutions take their time to reach developing countries but the Fourth Industrial Revolution has been quick to reach all corners of the world.

Billions of dollars of investment are bridging the infrastructure and power supply gap while improving technology – the goal is to look past the problems that have hindered the road to progress in countries along the BRI.

The flagship project of the BRI, the China-Pakistan Economic Corridor (CPEC), which is a major collaboration between China and Pakistan, has been rapidly progressing and the impact of the project can be seen in the lives of Pakistani people, as reflected in an improving human development index.

Pakistan, which is emerging from many years of the war on terror, is now on a decent path to progress, with economic growth of 5.8% and improved investor confidence. At the World Economic Forum in 2017, Ebay’s chief executive, Devin Wenig, highlighted Pakistan as one of the fastest growing e-commerce markets in the world. In 2018, Alibaba bought Pakistan’s largest e-commerce platform, Daraz.pk.

Growth is being accelerated by other major investments in power and connectivity infrastructure, technology and digital infrastructure. Ant Financial Services, China’s biggest online payment service provider, recently bought a 45% stake in Telenor Microfinance Bank, in a deal that valued the Pakistani bank at $410 million.

Irfan Wahab, chief executive of Telenor Pakistan, called the deal a “game changer”; while Eric Jing, chief executive of Ant Financial, said it would provide “inclusive financial services in a transparent, safe, low-cost and efficient way to a largely unbanked and underbanked population in Pakistan”.

This kind of investment will benefit from the significant demographic dividend in Pakistan, targeting the largely unbanked young population, and providing not only financial inclusion but also a base on which to build digital businesses.

What the country needs now is to improve its position on the innovation and financial inclusion indices, currently at 89 and 75 respectively, on the World Economic Forum’s Competitiveness Index 2018.

This site uses Akismet to reduce spam. Learn how your comment data is processed.